Let’s talk about the planet. The subject of environmentalism has become increasingly prevalent in conversation over the past decade and it’s not difficult to see why. Climate change has had devastating impacts on planet Earth, and it continues to affect and destroy our ecosystems on a daily basis. As Co2 emissions have soared, so has plastic production and the destruction of so many natural resources and habitats. Let’s be honest, it’s scary and heartbreaking.

Tomorrow is World Earth Day and we are here to provide you with some super interesting documentaries that you can feast your eyes on if you want to learn more about saving our planet. From plastic in our oceans, to the impact of meat industries on carbon emission levels, we have rounded up some of the most insightful films and series that will tell you all you need to know. So, tomorrow,  make sure to take some time to educate yourself on what part YOU can play in helping our planet. 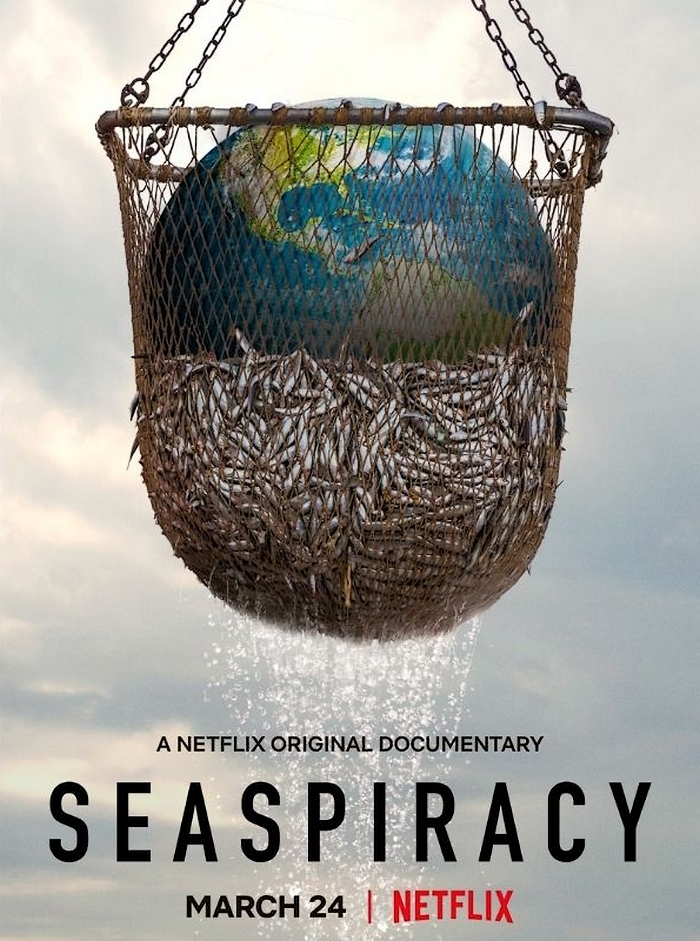 You may have seen this trending all over social media in the past few weeks and it's no shock as to why. Seaspiracy has blown the lid off the fishing industry by exposing the realities of its impact on our oceans. Focusing on fishing’s impact on plastic pollution, you will be shocked and horrified to see just how much damage fishing causes to both the environment and marine life. This documentary is guaranteed to change your views on what you eat- don’t say we didn’t warn you! 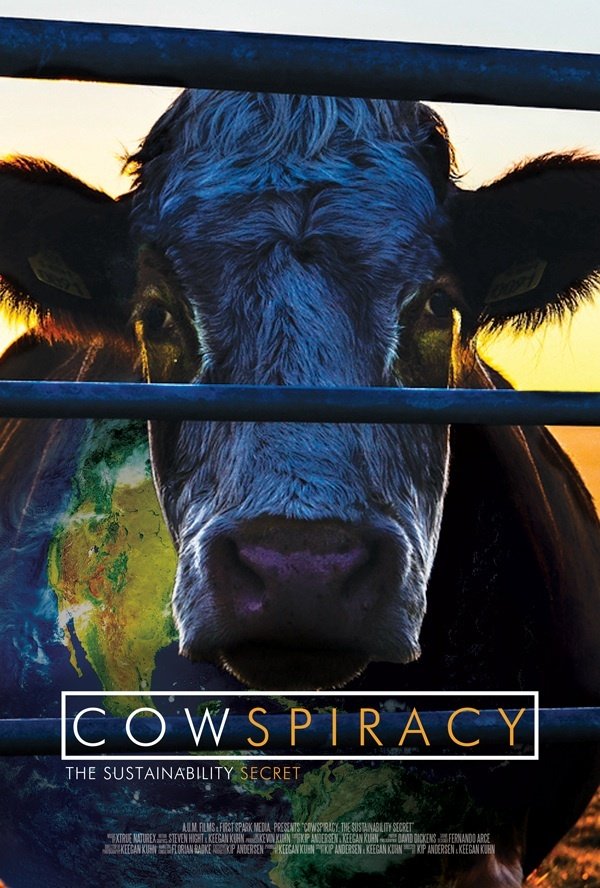 Released back in 2014, Cowspiracy shook the world and caused many to reexamine their attitudes towards meat production and its impact on the environment. The show investigates the relationship between animal farming and issues such as global warming, deforestation and water consumption. Guaranteed to open your eyes to the consequences of global animal agriculture, this documentary will be one that you CANNOT forget.

Where to watch: AMAZON PRIME/DISNEY+

Leonardo DiCaprio is known for many things (playing a young Romeo and a Titanic sailing heartthrob etc), but he has another huge passion besides acting. Leo is a widely acclaimed environmentalist, who has produced many documentaries on varying subjects surrounding climate change. Before the Flood sees him explore the interconnectedness of the world’s ecosystems, examining the impact that mankind has had on the planet and what hope we have in the future to reverse it.

Down to Earth with Zac Efron 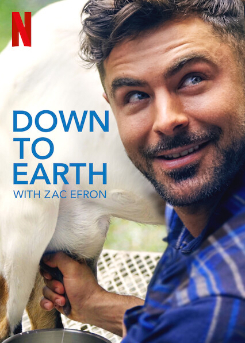 We totally understand that many environmental documentaries are hard hitting and intense. Sometimes they can leave you feeling rather hopeless and scared about the future of our planet. That’s why we LOVE this series hosted by Mr. Efron. Each episode focuses on a different part of the world and varying innovative solutions created to solve everyday problems. From self sustainability to renewable energy, Zac takes us on a journey across the world and we are totally living for it. 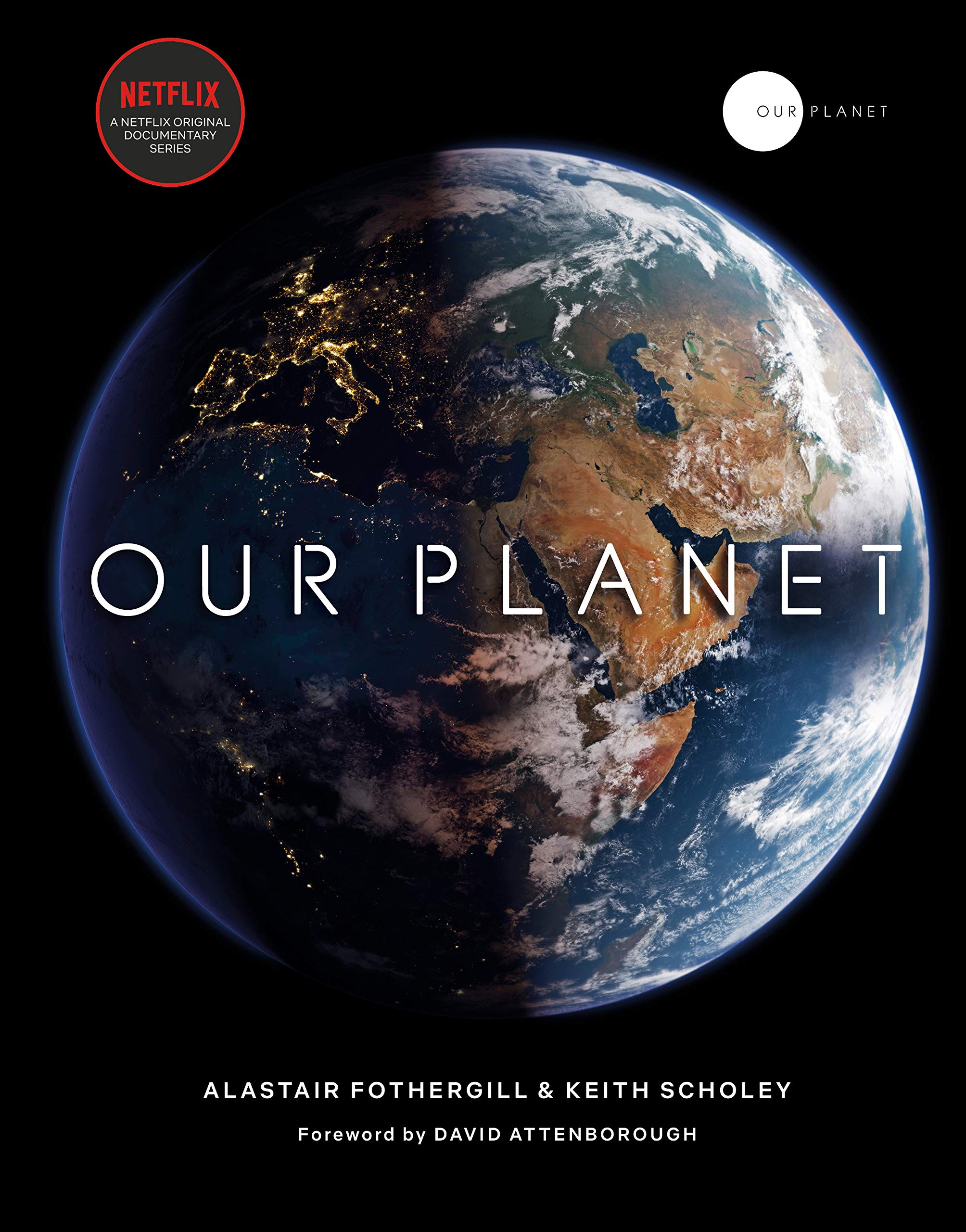 We couldn’t talk about the environment without mentioning Father Nature himself. Sir David Attenborough is known around the world for his breath-taking nature documentaries that explore the vast array of species and habitats on our planet. This documentary series, however, looks at how climate change is destroying and altering ecosystems and having devastating impacts on animals and humans alike. It is a must-watch series.

This documentary explores the destruction of coral reefs around the world. Deep sea divers and photographers spent three years shooting over 500 hours of underwater footage to create this breathtaking film. You will be both amazed at the capturing of our vast underwater ecosystems, and horrified by the extent of damage caused by humanity. If the oceans are your thing, this is the perfect informative doc for you. 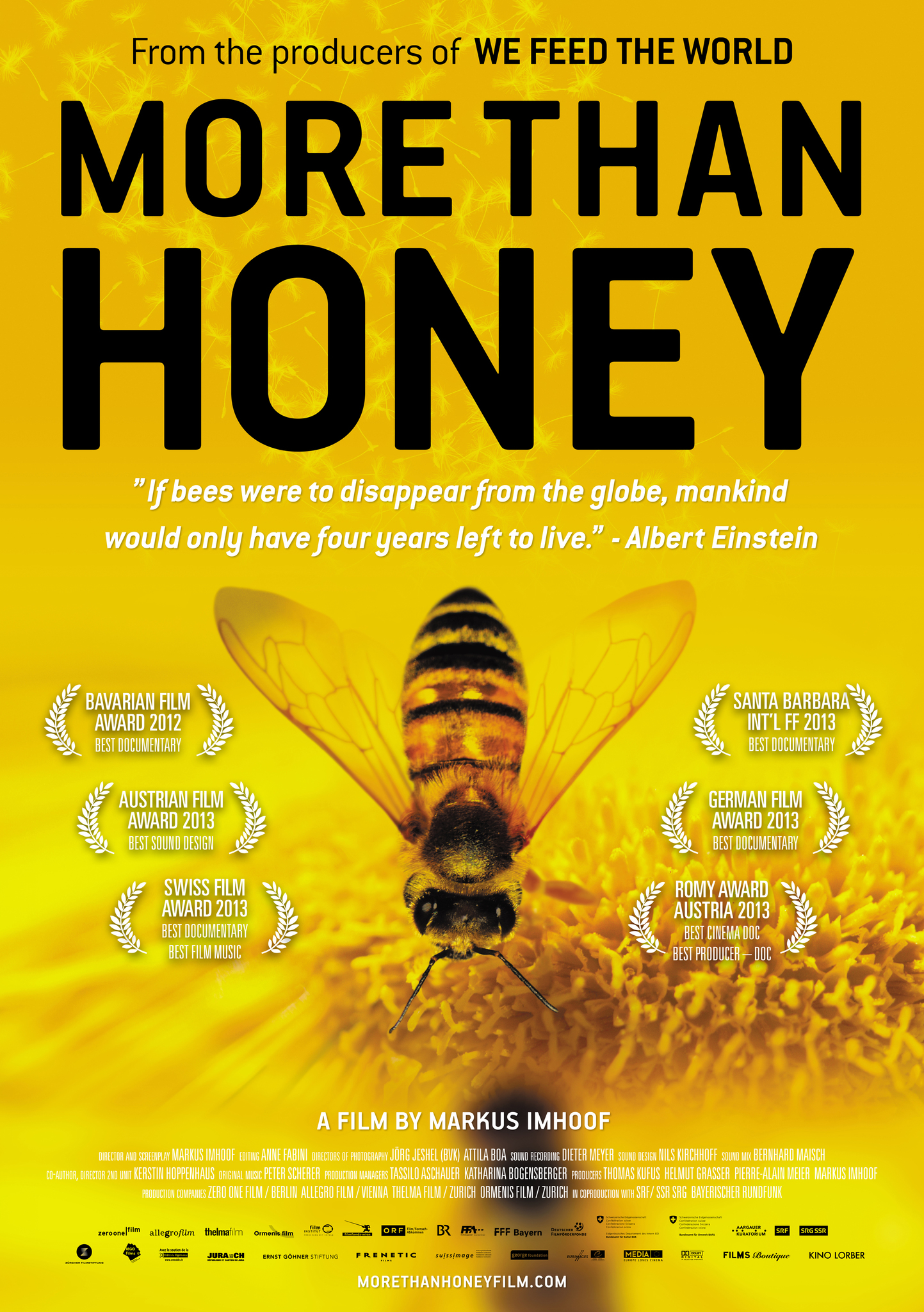 Where to watch: AMAZON PRIME

Honeybees are an integral part of the world’s ecosystem and this film explores the impact that climate change has had on their life and the work the do for our planet. We love this documentary because it’s a totally different take on environmental issues, plus, it’s super fascinating. We loved learning about the intricacies of honeybees and just what an important role they play on planet Earth.

Greta Thunberg: A Year To Change The World 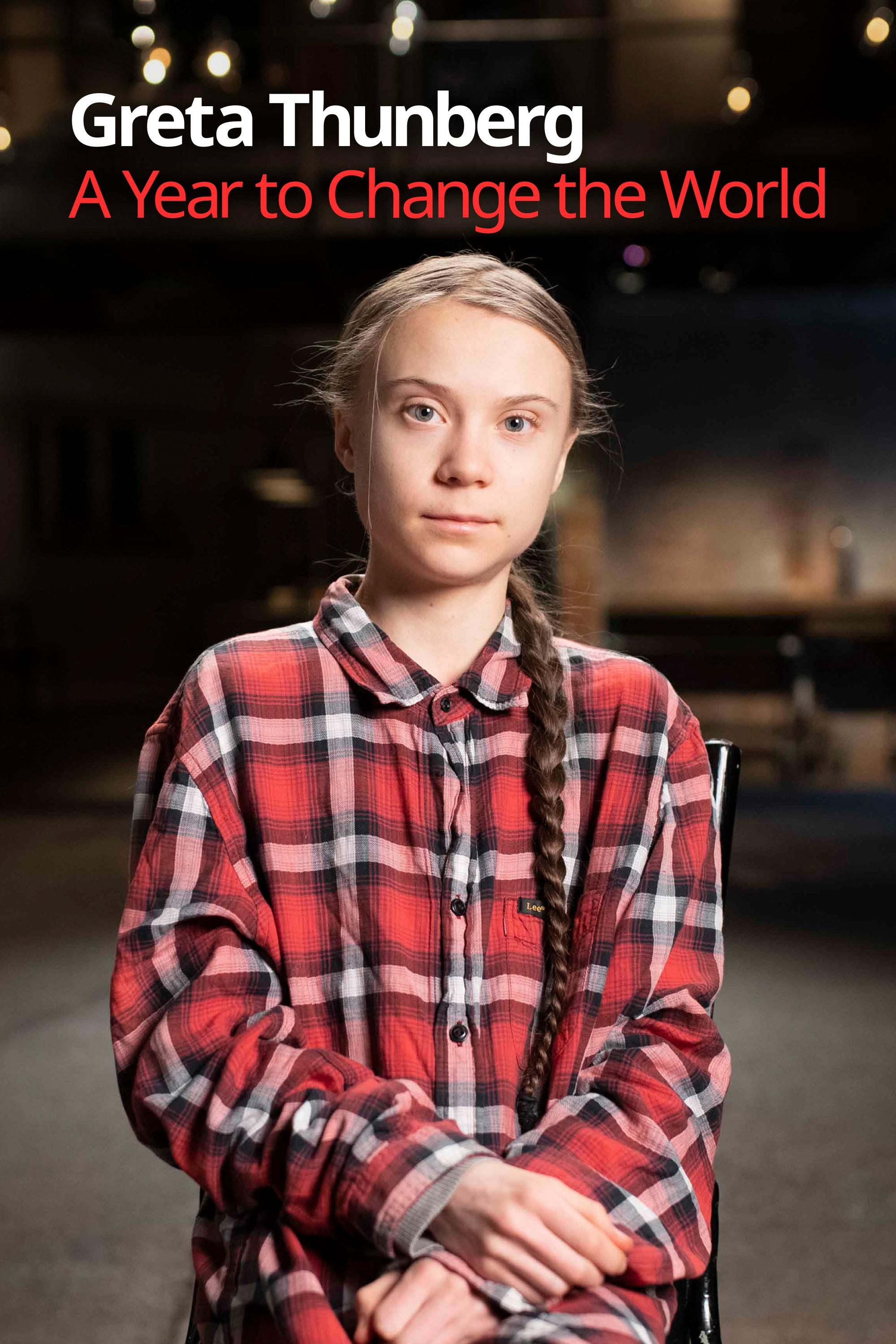 Greta has become an icon of this generation- her resilience against government and media alike has seen her become a powerful figurehead in climate activism. Her work to raise awareness about climate change has lead to worldwide praise from the likes of Sir David Attenborough and the Duke of Sussex. This documentary follows her journey as she draws global attention to environmental issues, all whilst living the life of a young adolescent. We love you Greta! 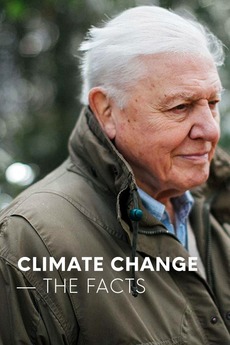 Sir David Attenborough strikes again, this time delving into even more detail regarding the impact of climate change on the natural world. This hour-long documentary sees him contemplate recent environmental disasters, such as wildfires and storms, whilst discussing potential ways we can work together to reduce and reverse the effects of climate change. If there’s anyone who can unite humanity, it’s Sir David.

An Inconvenient Sequel: Truth to Power

Where to watch: AMAZON PRIME

If you’ve got a keen interest in politics, this is the doc for you. Following the success of An Inconvenient Truth (2006), this documentary follows up from Al Gore Jr’s (former Vice President of USA) mission to battle climate change. It gives viewers a key insight into the formation of the 2016 Paris Agreement and the efforts taken to get worldwide leaders onboard with more sustainable solutions.

Climate Change: Ade on the Frontline 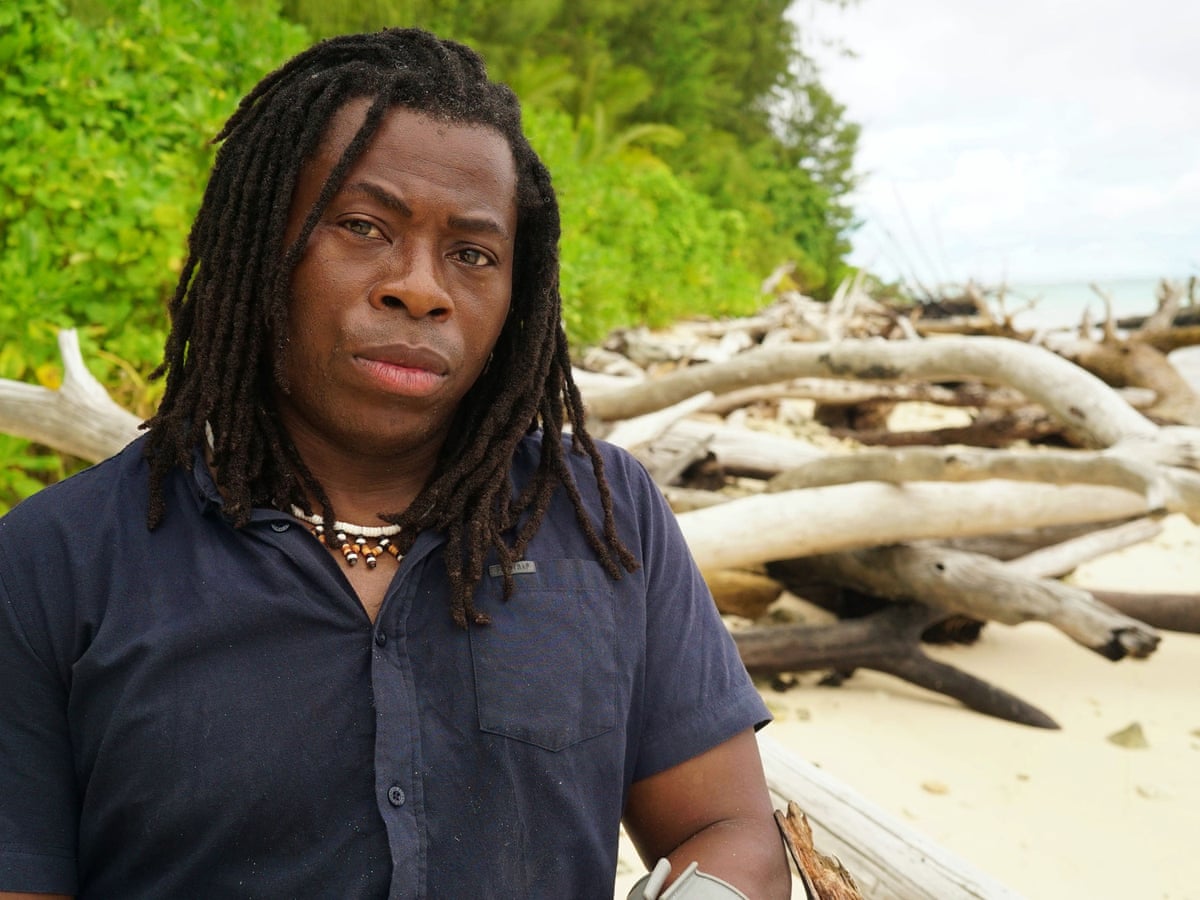 BBC are currently airing this fascinating series and we are totally obsessed with it. Ade Adepitan explores various areas of the world on his journey to discover the true global impact of climate change. He meets with individuals and communities who have had to readjust their lives and he sources what solutions could be used worldwide to solve many of our climate related issues. How To Give Up Eggs and Dairy This Veganuary.

Okay, so you've grasped the idea of not eating meat - you've found your fave meat substitute, packed more veggies into your meals than ever...read more.. Top Sweet Treats To Spice Up Your Veganuary.

With Veganuary in full swing, you might be missing your fave chocolate bar - and that's totally okay, we're not judging. Fortunately, vegan sweet treats...read more.. The month of Veganuary has arrived and we know that finding tasty meals to cook for breakfast, lunch and tea can be a little bit...read more..